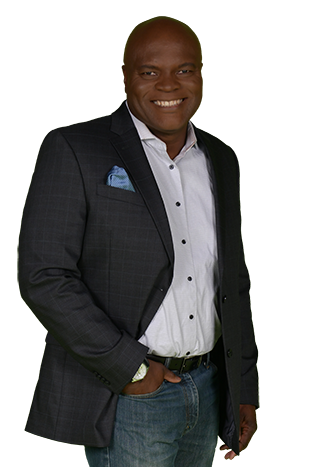 Joseph Collins, Chairman of the Board, Chief Executive Officer and Secretary. Determined, resilient, driven…these are the traits that best
describe Joseph Collins, CEO of Urban Television Network Corporation. Joseph Collins is one of the most innovative men in the industry.  He has achieved this reputation as a result of the cutting-edge approaches that he has integrated into every aspect of Urban Television Network Corp.  For example, no new network has launched with 70% original content. No network, large or small, offers transmedia advertising to its sponsors.  But Joseph Collins’ exceptional entrepreneurial skills are not limited to his creative techniques for market positioning.

He brings a work ethic that is matched by his determination, passion and sheer tenacity to become an example for future leaders in broadcasting,
philanthropy, and media.

Entering 2022, while the world has drastically undergone significant change due to the COVID-19 pandemic, the U.S. stock market just wrapped up one of its best years on record, yet there are less than 10 Black-owned publicly traded companies, with Urban Television Network’s CEO, Joseph Collins, Jr. at the helm of one. In fact, Joseph Collins, manages the reigns as chief executive officer of two public corporations, also holding the top leadership role at Punch TV Studios, Inc.

These two companies, with Punch TV Studios, a key innovator of original and creative entertainment programming that appeal to diverse audiences and Urban Television Network known on Wall Street as URBT.

Growing Up in Media

The digital communications, streaming network and entertainment media conglomerate serve as chief cornerstones to a very personal promise Joseph made
to himself many years ago of how he would serve his Lord, God and Savior. A promise he strives to fulfill each day, as a true pioneering visionary for the evolving future of media, entertainment and corporate business.

Every day and every night served as lessons for the believing in achievement. Those incredible daily exercises in intellect and at night, motivational speaking tapes from Zig Ziglar, Brian Tracey, Napoleon Hill and Earl Nightingale, among the multitude of other greats that his mother played to him like inspirational lullabies. Through these key influences, Joseph, garnered the real belief in The American Dream, the idea of creating one’s own destiny and having their own business, is something that has been a keystone of the American identity.

Joseph Collins, CEO understood in these messages, “Invest in Yourself. Invest in Building Your Own. And Do Right by Your Partners.” As he moved along his career journey, Joseph, saw firsthand the hardships of growing up in a changing America and the difficulties faced for those who come from minority communities to achieve those dreams.

Joseph Collins landed his first break in the television industry when he earned a coveted internship in the Research and Development Department at WVTV in Milwaukee, Wisconsin, now a Fox affiliate. Joseph, as the first person to arrive and last to leave the studio, diligently participated in all aspects of the television station – from being a page to working behind the camera to being a show runner. While recognizing his intense determination, dedication and with his idyllic resonating voice, Joseph’s superiors granted him the opportunity to host “The Morning Business Report” show during his summer break, becoming the youngest news reporter on television in the nation.

Collins shined brightly as he brought a fresh and exciting perspective to the business news. With his consistent first to the studio regimen, Joseph, captured the attention of the WVTV CEO and his ire as the studio chief struck up a conversation with this young intern concerning everyone who was at the studio at this time of morning was gunning for the studio head’s job. Joseph, always as the first to arrive was the only one there with the CEO, asserting it was him who “wanted his chair.” In his defense, Joseph remarked, “I don’t want your chair, I want a chair of my own,” which sent the WVTV CEO into a tailspin to fire Joseph on the spot. But that statement “a chair of my own” sunk in and stuck with Joseph Collins over the years.

All along though Joseph Collins had developed another mantra of “never be denied” and he went back to work. To work for himself. With his biggest passions media, television and film. Joseph started filming weddings, and in short time becoming interested in tackling other challenges, which had him moving on to music video production. Managing all aspects of production, Joseph not only produced the videos, but he also met with top executives, raised corporate funds, managed production staff, incorporated major celebrities, and created distribution outlets for his videos. Joseph Collins produced and directed more than 200 music videos and quickly became known throughout the industry for the excellence of his productions.

Joseph Collins production success allowed him the opportunity to pilot his own original video show. Video Force was a show unlike any other, spotlighting videos from both independent and major artists, in a way that allowed viewers to become exposed to all kinds of artists and their music, before the advent of BET. In order to secure the show’s success, Collins became the liaison between the show and the music industry, coordinating with both independent and major music labels (such as Universal, Quality Records, and Ferocious Records) to obtain content.

Video Force was able to garner the attention music industry giant Cashbox – a weekly publication magazine that reported the popularity of chart ranking music. Joseph was now able to gather statistical information about his videos, which furthered his understanding of the corporate entertainment marketplace. This knowledge helped Joseph to begin forming business relationships with cable providers in order to reach the masses. His method was simple – Joseph knocked on the door of every cable provider.

Joseph’s ambitious nature took him beyond his own music video show, and propelled him into the industry of commercial production, rapidly became one of the most respected producers of television commercials in the industry. He worked with such brands as Karl Kani and Toyota, producing numerous Public Service Announcements (PSAs) for various non-profit organizations, in addition to producing music singles and television scoring. Joseph Collins is a responsible for starting Ellen DeGeneres, one of America beloved comedians.

Joseph Collins, CEO wanted even more, so he built up an impressive resume slate in order to apply for the position of CEO of MGM Studios. Joseph Collins believed in his ability to make impact within the industry of his passion and that his skillsets could drive MGM to greater heights especially in the forerunning role of diverse independent entertainment offerings. Turned down for the job, Joseph again with his mantra of “Never Be Denied,” embarked upon building his own by forming Collins Entertainment. The focus of this company was to develop artists, both new and existing. Joseph’s approach was to custom-tailor marketing strategies for each individual artist by analyzing their brand, pinpointing an area of opportunity, and applying the appropriate strategy to expand their targeted audience. As each marketing strategy included commercial packaging with sponsorship opportunities, it was unlike any other marketing campaign offered by his competitors.

With the production of over 600 TV commercials and countless television shows to his credit, Joseph Collins has received extensive praise and recognition for his vision and leadership. He is proactive within the community, prides himself on giving back whether through his time or resources, and is a man worthy of not only recognition, but emulation as well.

By exploiting Mr. Collins’ expertise in cross-marketing and re-branding, Collins Entertainment gained the ability to incorporate corporate sponsorships, thereby diversifying its client base to reach a wider audience. Joseph again realized the importance of diversity within the entertainment industry and began expanding his clientele to include high caliber clients such as athletes, musicians, and public figures. During this time, Joseph Collins started media training programs, first at American Sports University and then helped found ES Solomon Christian University with their television and film media program. From those broad-reaching initiatives came the formation of The Church Punch Channel, which turned out to be the early-stage development of Punch TV Studios.

Mr. Collins continued on the path to success by developing a show dedicated to martial arts news; Martial Arts TV. The show was a major success and was aired over 238 television stations across the country. On learning the business of self-syndication, Mr. Collins ultimately established the show as the nation’s number one Martial Arts News show to date. Through the purchase of used broadcast equipment, the initial incarnations of Punch TV were literally out of a rented closet in the back of a Los Angeles Church. Then came Punch TV Network. After an extensive period of pre-planning, Punch TV Network was launched and became accessible to 4 million homes throughout the United States and in the Caribbean.

By its first-year anniversary, it entered into the world of broadcast television, and became accessible to approximately 55 million homes through its network of independent television affiliates. This represented a growth rate of 1,900% for the company. Normally while the cost of launching a network can be $100 million or more (as discovered by the Oprah Winfrey Network and Magic Johnson’s Aspire network), Punch TV launched for less than $10 million through offering the minority community opportunities along with knowledge skills to group invest into a public company under their own ownership. Punch TV transitioned to Punch TV Studios with various studio facilities, building on from that small church closet to offices in Signal Hill, and production facilities in Carson, West Los Angeles and Santa Fe Springs, California.

Ever growing and moving forward to the future, Joseph Collins went to master the art of raising capital, after encountering all the roadblocks afforded to people of color in corporate ownership. Mr. Collins additionally took on the role as CEO of the oldest black-owned publicly traded media company Urban Television Network Corp. Inc., now known as Urban TV Network, stock symbol URBT. Valued at the time of his CEO appointment at only $25,000, Joseph Collins – CEO painstakingly went again to work, to clean up the company’s million-dollar debt, reorganize operations, and restore its Wall Street compliancy to build its highest market cap value at over $50 million.

Urban Television Network has recently launched its own streaming platform, URBTPlus, bringing about a new paradigm in anytime, everywhere entertainment viewing. In the process, Joseph Collins has been looking to advance the future media entertainment with the direction of creating inclusive global entertainment content and URBT’s upcoming media production studio complex which offer producers and public the blend of the entertainment and retail lifestyle experience.

Over the span of his astonishing career, Joseph Collins’, CEO most ethereal message spread to other aspirational achievers is “boldly, bravely, be you.” Go about your everyday in a very BOLD way. Be BRAVE in the face of adversity and life’s challenges. And at the center of your universe you create, simply BE YOU. Be you, with all your heart, your faith, and your spirit. 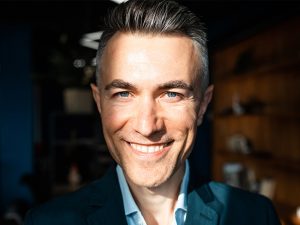 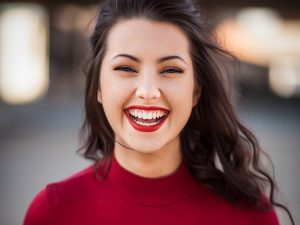 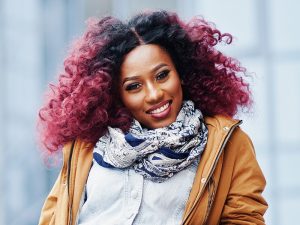 Betty Burston completed her training as an economist at Cornell University and American University. Her 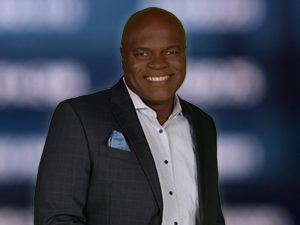 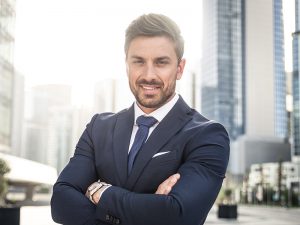 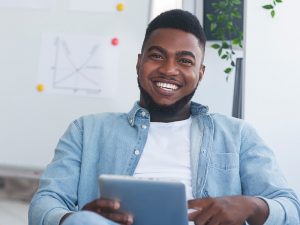